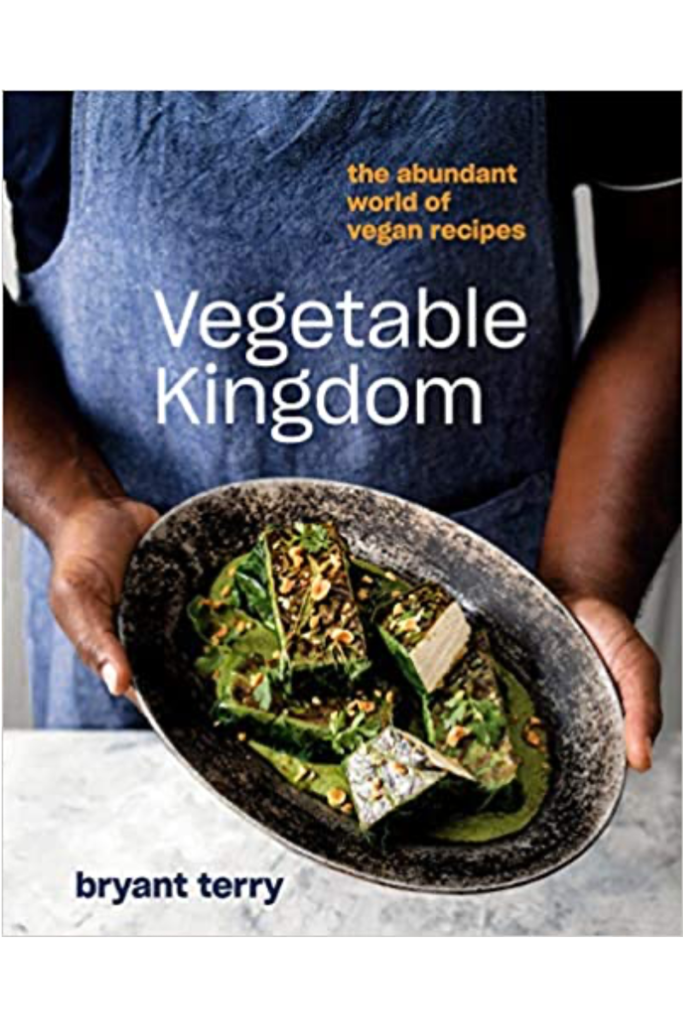 More than 100 beautifully simple recipes that teach you the basics of a great vegan meal centered on real food, not powders or meat substitutes—from the James Beard Award-winning chef and author of Afro-Vegan

The book is organized by ingredient, making it easy to create simple dishes or showstopping meals based on what’s fresh at the market. Bryant also covers the basics of vegan cooking, explaining the fundamentals of assembling flavorful salads, cooking filling soups and stews, and making tasty grains and legumes. With beautiful imagery and classic design, Vegetable Kingdom is an invaluable tool for plant-based cooking today.

“In the great Black American tradition of the remix and doing what you can with what you got, my friend Bryant Terry goes hard at vegetables with a hip-hop eye and a Southern grandmama’s nature. To paraphrase Maya Angelou, Bryant wants us to know that once we know vegetables better, we will cook vegetables better. He ain’t lyin’.”—W. Kamau Bell, comedian, author, and host of the Emmy Award–winning series United Shades of America

“[Terry’s] perspective is casual and family-oriented, and the book feels personal and speaks to a wide swath of cooks . . . each dish comes with a recommended soundtrack, completing his mission to provide an immersive, joyful experience.”—Publishers Weekly (starred review)